It’s been something I wanted to write about for some time – the feeling of wholeness. Like sometimes one of your prized objects doesn’t work well and you simply feel ‘not whole’. It could be something simple like a wrist watch. Or it could be your dishwasher.

Well in the last few weeks two things weren’t right and I did not feel right.

First the dishwasher broke down – totally clogged. Next the Jag developed two problems. The right front door speaker went dead. Then she developed a strange hum and a mild vibration on the steering column about a week ago. At first I thought it’s me just being hyper-observant of minor noises. But no, this got worse as the days rolled on.

To cut a long story short – and this is the good part – both ‘objects’ had extended warranties on them. So I simply called up and explained the problems. The dishwasher was fixed in a jiffy. 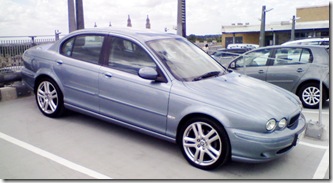 Then the jag was sorted out within a few hours today. It was a bad hub-bearing that caused the problem. Like whew! Because if I had to pay for that, it was gonna be major dosh. As it happened I did not see or hear of the bill. Jag service simple fixed and delivered the car back at home. The bill was dealt with imperceptibly with the warranty people. I don’t even know what it is!

I took her for a test drive and she performed like day one.

So, hey – I’m whole again. I feel good. And I feel even better for having the foresight with these ‘objects’ to have purchased extended warranties.